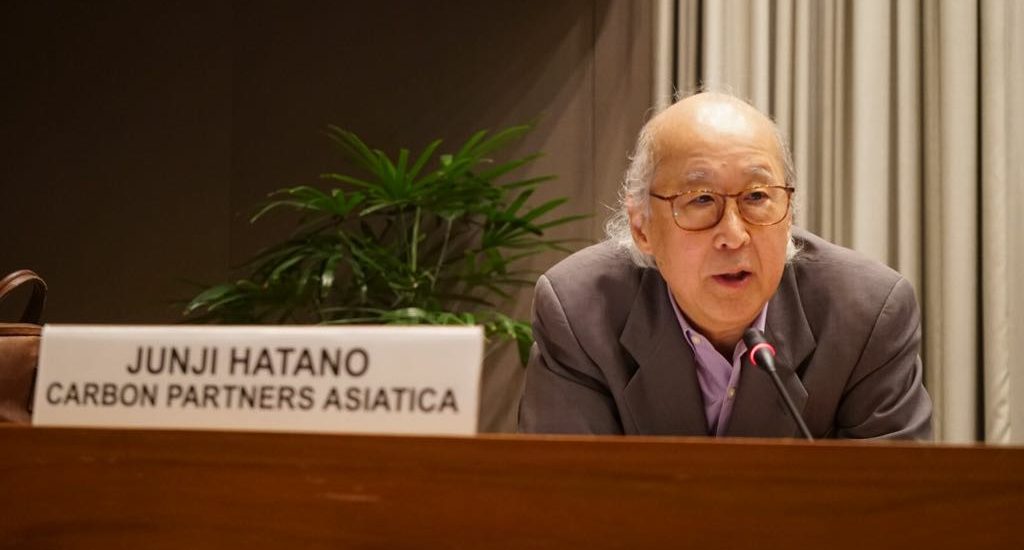 Despite the universal recognition of the importance of finance for NDC implementation, there is currently little interest being shown in the financing options provided for in the Paris Agreement. These are, first, bilateral cooperative approaches stipulated in Article 6.2 (including the use of Internationally Transferred Mitigation Outcome” or ITMOs) and, second, a multilateral mechanism set forth in Article 6.4 . (These together are referred to as the “Paris Agreement carbon markets” in this article.)

A major factor responsible for the low levels of interest, along with general disillusionment with carbon markets, is the widely held assumption that the Paris Agreement carbon markets are similar to the Clean Development Mechanism (CDM) of the Kyoto Protocol to such an extent that all that is needed is technical transition. 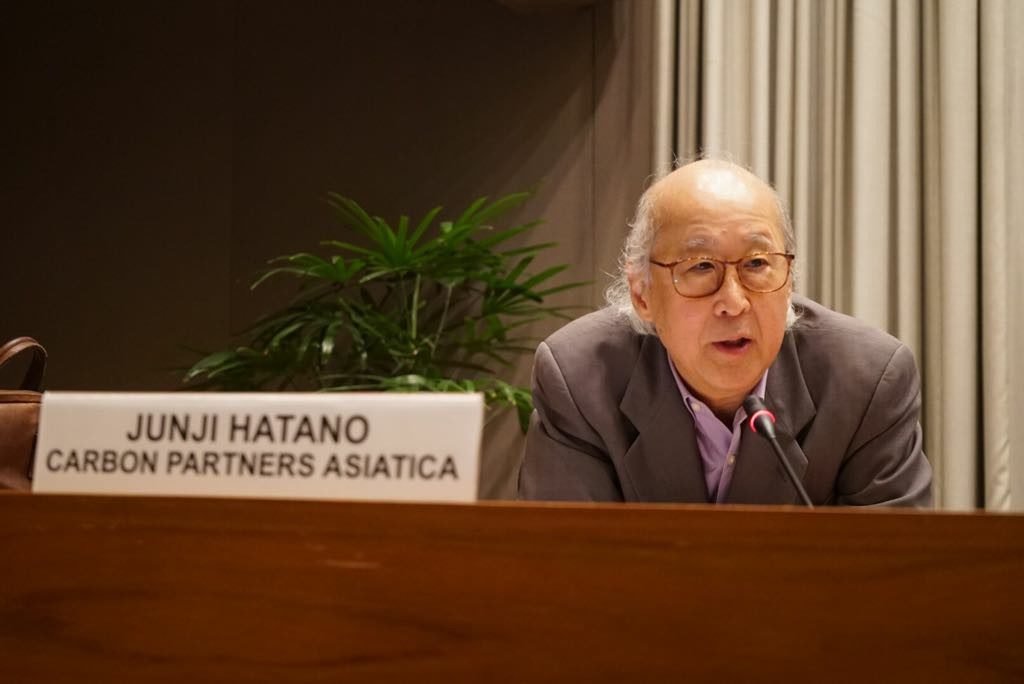 The ensuing sections of this article discuss two key specific management-level issuesthat derive from this essential difference. Addressing these issues adequately will ensure that the Paris Agreement carbon markets will be practical and help with achieving NDCs. This, however, is possible only with sufficient participation of those charged with NDC implementation in developing countries, as delineated below.

The Paris Agreement emphasises the need for strict avoidance of double counting in Article 6.2 and elaborates on this need in Article 6.5:

This requirement must be abided by, given that it represents a logical extension of the Paris Agreement’s central concept of having reduction pledges from all countries.

A natural solution to this requirement (and possibly the only practical one) would be partial transfer, whereby the host country sells part of the GHG emission reductions to another country while keeping the remainder for its own NDC achievement. The question then is whether such an arrangement is economically acceptable for carbon market participants – both sellers and buyers.

Drawing on a separate article published by the author and augmenting it with additional analyses, the case of an equal split for GHG emission reductions (i.e. a 50:50 ratio between retention and transfer) is examined and summarised below.

The assessment outlined above indicates that a fair number of good projects are likely to be available for the Paris Agreement carbon markets at the average price of USD 15 / tCO2e reduction, with the effects of transactions above and below the average cancelling each other out. Admittedly, this price level of USD 15 / tCO2e reduction is more than prospective buyers expect in the current circumstances. However, the high price is a direct corollary of the Paris Agreement’s principle of having all countries commit to reduction targets and strictly prohibiting double counting. In the absence of acceptance of the above price range (with adjustments as appropriate), no carbon markets will be feasible under the Paris Agreement, Article 6 notwithstanding.

In support of the price range, it is relevant to mention the following:

It is emphasised that the price range is a policy issue that cannot be solved by technical experts, no matter how hard they may work at rule-making. The notion will best be promoted by management-level officials, from the viewpoint of ensuring that the Paris Agreement carbon markets function well and contribute to NDC implementation.

The additionality tests of the CDM have been subject to criticism from two different directions. On the one hand, large numbers of project participants assert that the current procedures are onerous and excessive. On the other hand, many argue that the current approach, despite its lengthiness, fails to identify a multitude of non-additional projects and lets them pass as additional. The latter group comprises more than non-governmental organizations (NGOs) and academia. For instance, the Oeko-Institut has stated that:

“Only 2% of the projects and 7% of potential 2013 – 2020 Certified Emissions Reduction (CER) supply have a high likelihood of ensuring that emission reductions are additional and are not over-estimated.” (p11)

A much simpler and more effective process for additionality assessment should be possible under the Paris Agreement, with its requirement for emission reduction commitments from all participating countries and its prohibition of double counting.

To elaborate, a non-additional project, by definition, will be undertaken on a business-as-usual (BAU) basis, with its emissions reduction contribution to be reflected in a country’s NDC. With double counting strictly prohibited, internationally transferring (part of) the project’s GHG emission reduction will entail removing the transferred amount from the country’s NDC achievement, forcing the country to look for a new source of GHG reduction to compensate for the loss. This runs counter to the country’s own interest, creating a built-in disincentive to international transfer of non-additional GHG emission reductions.

Thus, the circumstances under the Paris Agreement are in marked contrast to those under the CDM which, lacking such a built-in disincentive for the selling country, has to rely solely on project-based international surveillance to prevent international transfer of non-additional GHG emission reductions.

The problem is that the logic above fails to apply in the presence of so-called “hot air”, referring to an informal English expression to describe statements or promises that are exaggerated or  empty. In the context of carbon markets, ‘hot air’ arises when a country’s NDC target emissions actually exceed its BAU emissions projection, allowing it to have surplus GHG emission reductions. This situation will allow the country to transfer non-additional emission reductions, without a need to substitute for them in attaining its NDC target. All that will happen is a reduction in the surplus. This situation renders the abovementioned disincentive to transfer emissions ineffectual.  An illustrative example is provided in the footnote.

Relying on two data sources – Climate Action Tracker and Meinshausen and Alexander, a 2017 Stockholm Environment Institute report (the “SEI Report”) issued a stern warning about the risk of ‘hot air’ in NDCs.

“…several countries have mitigation targets [in their NDCs] that correspond to higher levels of emissions than business-as-usual (BAU) projections. The amount of “hot air” contained in current NDC targets is estimated to be similar in magnitude as the total mitigation pledged by countries with NDC targets that are more stringent than BAU.” (p1)

As is clear from the SEI Report, hot air is not an issue for carbon markets alone. It is a matter that, if left unaddressed, will undermine the credibility of the Paris Agreement itself. Studying the two sources used for the SEI Report reveals that hot air the SEI Report expresses alarm about is primarily attributable to two factors. One is insufficient communication about NDC targets, particularly with respect to (1) sectors and gases included in the NDCs and (2) the accounting of land use, land-use change and forestry (LULUCF). The other is differing views about the appropriate projections for BAU GHG emissions. It is imperative for countries to hold constructive discussions urgently about how to minimise these problems.

Unfortunately, this process is likely to face some challenges. Firstly, the two sources employed for the SEI Report are often at variance – a country determined as having hot air by one source is concluded as normal by the other, vice versa. Furthermore, deliberations about hot air will have to include treatment of the effects of major subsequent developments unforeseen at the time of NDC target setting. This is required to prevent such problems as the one experienced by Joint Implementation under the Kyoto Protocol, when a huge amount of hot air arose as a result of economic contraction in some countries after the collapse of the Soviet Union. An agreement on the entire issue of hot air under the Paris Agreement may take some time to come.

In the meantime, potential seller countries in the Paris Agreement carbon markets are advised to:

An illustrative example of how ‘hot air’ can bypass the additionality logic underpinning the Paris carbon instruments is provided in the table below. This uses the sale of emission reductions of 20 units included in BAU. The loss of this reduction source raises BAU emissions from 100 to 120. But this is absorbed by the drop in surplus GHG emission reductions, without requiring any action to be taken by this country that has substantial ‘hot air’.

How can we help you?

Contact us at the Asiatica office nearest to you or submit a business inquiry online.